Metastatic melanoma is an aggressive tumor, which may spread to organs either by local invasion, or lymphatic or hematogenous dissemination. Central Nervous System (CNS), especially the brain, account for up to 50% of metastasis. Skin, lymph nodes, lung, and liver are other commonly involved organs, but melanoma can metastasize to any organ in the body. Metastatic melanoma has a poor prognosis, with a median survival rate of only 6 to 9 months and a 5-year survival rate <6%.Small volume, asymptomatic brain metastases are most common in metastatic melanoma. Therefore, brain imaging techniques such as magnetic resonance imaging (MRI) are crucial in making the diagnosis, determining the best course of treatment, monitoring response to therapy, and to predict prognosis.

In the last decade, the diagnosis and management landscape of metastatic melanoma evolved quickly. Thanks to  molecularly targeted therapy, immunotherapy (immune checkpoint inhibitors such as BRAF/MEK, high-dose IL-2, cancer vaccination, and adoptive T-cell transfer) and combining approaches.  In a recent review, Shalini Makawita, MD, of MD Anderson Cancer Center in Houston said, patients with melanoma and brain metastases should get combination immunotherapy unless there’s a compelling reason to avoid it.

Since the information on MRI’s effectiveness in detecting melanoma brain metastases and the frequency of screening or follow-up scans is limited, the authors sought to determine them.

This was a single-center retrospective study carried out at the Department of Medical Oncology of the University Medical Center Groningen (UMCG), the Netherlands. Electronic retrieval of patient data was approved by the institutional review board.

Patient records between June 2015 and January 2018, were obtained from the UMCG database. Two cohorts were defined to evaluate the impact of screening and follow-up MRI scans.

Patients of Cohort 1 could also be included in Cohort 2 if they developed brain metastases during follow-up. Exclusion criteria included: patients with follow-up at other hospitals, patients who died from other invasive malignancies, and patients with ocular melanoma

Management of patients with melanoma in the UMCG

Extraction of patient and tumor data

Patient and tumor-related characteristics (age, gender, BRAF- mutational status, LDH levels at the time of diagnosis of metastatic melanoma and brain metastases), and the presence of neurological symptoms were extracted. All anti-tumor treatments received and changes in treatment plan (i.e., commencing, ceasing,  shortening of scanning window, or providing additional treatments) after MRI scans were also documented.

Evaluation of the impact of screening and follow-up MRI scans

A total of 238 MRI scans were performed in the first 2 years after a metastatic melanoma diagnosis. Of these, 101 were baseline MRIs. In 15 cases, baseline MRI was omitted (6 poor performance cases; 2 refused further treatment; 1 claustrophobic case; and 6 with unknown reasons). Of the 102 screening MRI scans out of 238 total scans, 36% were advised to perform 6-monthly screening MRI scans. In 48% (n = 56) no screening MRIs were performed; 30 patients died or were diagnosed with brain metastases within 6months of metastatic melanoma diagnosis; 2 avoided screening due to claustrophobia; 3 refused further treatment; 21 had no specific reasons. 25 additional scans were performed due to neurological symptoms. The remaining 11 were for the follow-up of skull metastases (n = 3), extra response assessment (n = 4), and hypophysitis evaluation (n = 4).

In the 56 patients with no screening MRIs, 11 developed brain metastases, and 8 out of 11 were symptomatic. In the remaining 3 patients, brain metastases were diagnosed due to a suspicious brain lesion on PET imaging (n = 1) and additional baseline MRI scans before first-line treatment (n = 2).

Impact of follow-up MRI scans in time on treatment

Among the 56 patients administered with immune checkpoint inhibitors, 19 patients showed durable responses. Within the first 6 months, treatment changes were observed in 15 out of 47 follow-up MRI scans. Of these 15 follow-up scans, 11 showed progression, 3 stable disease, and 1 partial response. In patients administered with immune checkpoint inhibitors, the number of follow-up scans resulting in a change in treatment plan decreased over time. By the end of the first year after brain metastases diagnosis, treatment changes were observed after 3 out of 21 follow-up MRI scans. All 3 scans showed a partial intracranial response, and the treatment changed due to oligo extracranial progression (n = 2) and treatment toxicity (n = 1).

In this retrospective study, about one-third of the patients diagnosed with metastatic melanoma, without brain metastases at diagnosis, developed brain metastases within 2 years after diagnosis. This demonstrates the importance of regular MRI screening in metastatic melanoma patients. Treatment plan changes were suggested for about 45% of the 3-monthly follow-up MRI scans. However, in patients with durable response to immune checkpoint inhibitors, change in treatment was less frequent.

The results of the current study can also be used as a guide to design and optimize scanning intervals in patients. Potential determinants for optimal screening interval include melanoma location and type, metastatic sites, BRAF- and NRAS-mutational status, and LDH-levels at diagnosis. In addition, extra- and intra-cranial treatment responses and onset of neurological symptoms should also be considered before considering brain imaging techniques.

The results of this study also demonstrated that follow-up MRI scan outcomes often change the treatment strategy, especially in patients treated with BRAF/MEK inhibitors. This was in contrast to the decrease in the number of treatment changes after follow-up scans in patients who received immune checkpoint inhibitors. It was also observed that the changes in treatment strategy within the first 6 months on immune checkpoint inhibitors were mostly seen in scans showing progression.

The findings of this study demonstrate the need for screening MRI scans for early detection of brain metastases in patients with metastatic melanoma. Furthermore, it provides an overview of how regular follow-up MRI scans helps in  determining the treatment strategy. Further investigations are required to validate the impact and cost-effectiveness of brain scanning and treatment changes. 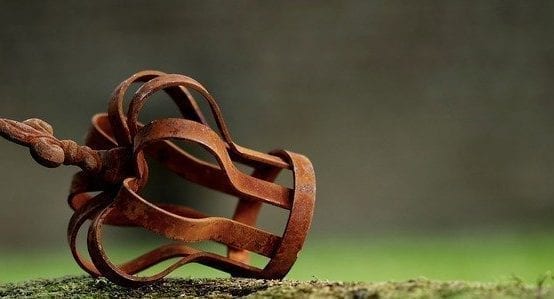