Male hypogonadism is a medical condition in which the male body produces an insufficient amount of masculine hormones. These hormones play a vital role in the growth and development stage of the body during the phase of puberty. To put it in simpler words, hypogonadism is a condition that refers to the failure of testes to produce sex hormones, namely testosterone, sperm, or both of them. Therefore, it is also commonly referred to as testosterone deficiency or Low T.

Low T can hamper the routine functions of the body and, thus, impact the body negatively. Hypogonadism generally occurs due to some testicular disorder. It can even be a result of the disease that has the involvement of the hypothalamus as well as the pituitary gland.

This disease can occur from birth itself or can even develop sometime later in life due to some infection or injury. Depending on the severity of the disease and its cause, there are different symptoms as well as treatments involved.

What are the symptoms of Hypogonadism?

There are three significant times when male hypogonadism can occur. These are: during fetal development, before or during the puberty phase, or during adulthood. Therefore, the symptoms, too, vary depending on the onset of this medical condition.

Symptoms in case of Fetal Development

In case male hypogonadism develops during fetal development itself, it is due to insufficient testosterone production during this phase. The result of this is the impaired growth of the external sex organs in the body.

The severity of the symptoms depends on the stage of fetal development in which hypogonadism develops as well as on the level of testosterone in the body.

A child that is genetically male can be born with:

Symptoms in case of development during Puberty

Hypogonadism can also begin right before the puberty phase in the body. Some of its common symptoms can be:

Mostly, it involves excessive growth of the arms and legs as compared to the remaining body structure. Also, it results in the development of gynecomastia or breast tissue.

Symptoms if it develops during Adulthood

When hypogonadism develops during adulthood, the most basic symptoms observed are changes in masculine physical characteristics as well as some impairment in normal reproductive function.

The early signs of Low T that one can observe are:

However, these are just the early signs. Over time, male hypogonadism results in the following issues:

If the severity of hypogonadism further increases, the symptoms can worsen. They can even result in emotional and mental changes. In fact, in certain cases, if the level of testosterone reduces significantly, males experience symptoms similar to the ones that are observed in women during menopause. These generally involve hot flashes and difficulty in concentration.

Low T can be of two types, Primary and Secondary.

This is generally caused due to issues in the testicles.

This type of male hypogonadism is usually due to issues in the hypothalamus or the pituitary gland. These are the parts of the brain that send signals to the testicles to produce testosterone.

The hypothalamus is responsible for producing gonadotropin-releasing hormone. This further sends signals to the pituitary gland to produce FSH, or Follicle Stimulating Hormone, and LH, i.e., Luteinizing Hormone.

There can be some cases in which both primary and secondary hypogonadism can occur at the same time. These can be caused due to inheritance of some kind of congenital trait or due to a specific injury or infection.

The most common causes of Primary hypogonadism include:

During the development of a child inside the fetus, the testicles first develop inside the abdomen. After developing, they move downwards to occupy their permanent place, that is, in their scrotum. At times, there is a possibility that one or both testicles fail to move downwards.

In specific cases of Low T, it might correct itself during the first few years after birth without any kind of treatment. In case this medical condition is not improved in the initial years, it results in the hampering of the testicles.

In some males, their testicles can experience injury too. This is because the testicles are present outside the abdomen. Injury damages the testicles, thus, causing Low T. At times, only one of the testicles gets damaged. This affects the production of testosterone but does not stop it entirely.

This syndrome is a result of a congenital abnormality of the sex chromosomes, X, and Y in the body. A normal male body has one chromosome of X and Y each. In the case of Klinefelter syndrome, however, there are two or more than two chromosomes of the X type present in the male body. This is in addition to a single Y chromosome.

The sex chromosome of Y type is responsible for having the genetic material that contains the sex of the child and is related to development. The presence of an extra X chromosome in the case of Klinefelter syndrome results in abnormal development of the testicles in the male body. This impacts the production of testosterone. Therefore, causing hypogonadism.

When there is an excessive amount of iron present in the blood, it can result in testicular failure in the male body of pituitary gland dysfunction. This also hampers testosterone production in the body.

The treatment of cancer involves radiation therapy or chemotherapy. This can affect the functionalities of different body parts, involving the functioning of testicles too. Therefore, there might be some changes in the production of testosterone or sperm in the body. Though the effects of these therapies are usually not permanent, they might still lead to infertility. This infertility can turn into a permanent one as well, thus, causing male hypogonadism.

A way to avoid this could be preserving the sperm produced by the body before starting with the cancer treatment.

There can be a mumps infection that can involve testicles. This condition generally occurs either during adulthood or during the adolescence phase. It damages the testicles in the male body, resulting in Low T. Depending on the severity of the infection, the production level of testosterone differs.

If there is an abnormality in the pituitary gland, it can impair the release of hormones from the glands to the testicles. In the process, this affects normal testosterone production as well. There can be a deficiency of testosterone or other hormones due to pituitary tumors or other types of tumors in the brain. In fact, any treatment for a brain tumor can lead to hypogonadism and affect the pituitary gland.

This condition is usually an abnormal development of the part of the brain, hypothalamus. It is responsible for controlling the secretion of pituitary hormones. Moreover, it can affect the ability of a person to smell, which is known as anosmia. It can even lead to red-green color blindness.

Even if a person is suffering from HIV, it can lead to low levels of testosterone as it affects the pituitary, hypothalamus, and the testes.

There are certain diseases such as histiocytosis, sarcoidosis, and tuberculosis, which involve the pituitary gland and also the hypothalamus. Moreover, it can affect the production of testosterone.

Certain drugs such as opiate medications for pain and a few hormones that affect the production of testosterone.

Even as men age, there is a progressive but slow decrease in testosterone production. This rate usually varies from person to person.

If you are significantly overweight at any age, you might suffer from hypogonadism.

There are various risks that can link a person to male hypogonadism. Moreover, this condition is usually inherited. Therefore, if there is a person in your family suffering from hypogonadism, make sure you consult a doctor.

Some of the risk factors are:

What are the complications?

Hypogonadism, if left untreated, can lead to various complications. However, the complications depend on when it develops – during adulthood, puberty, or during the development of fetal. This is what matters significantly.

Some of the complications related to Low T are:

If an individual suspect having developed Low T, or male hypogonadism, the doctor looks into the medical history of the patient thoroughly and conducts physical tests too, this includes specific blood tests as well.

There are two main blood tests that confirm the presence of hypogonadism in the male body. These are:

In a few cases, additional testing might be necessary to confirm the presence of the disease. 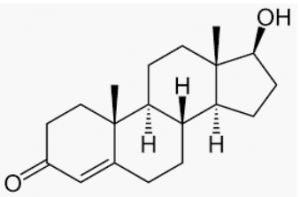 Even though the awareness about hypogonadism is slowly becoming better, there are still many males who do not get treated for Low T as their medical condition remains undiagnosed. This hampers their quality of life significantly. Therefore, all those males who think they have low levels of sex hormones in their body or are experiencing any of the symptoms of male hypogonadism must seek medical advice at the earliest.

It is always better to treat Low T in its early stages itself before the condition worsens. The medical practitioner expert in the field would be able to guide the patient better regarding the various risks as well as benefits involved depending on the patient’s medical history.