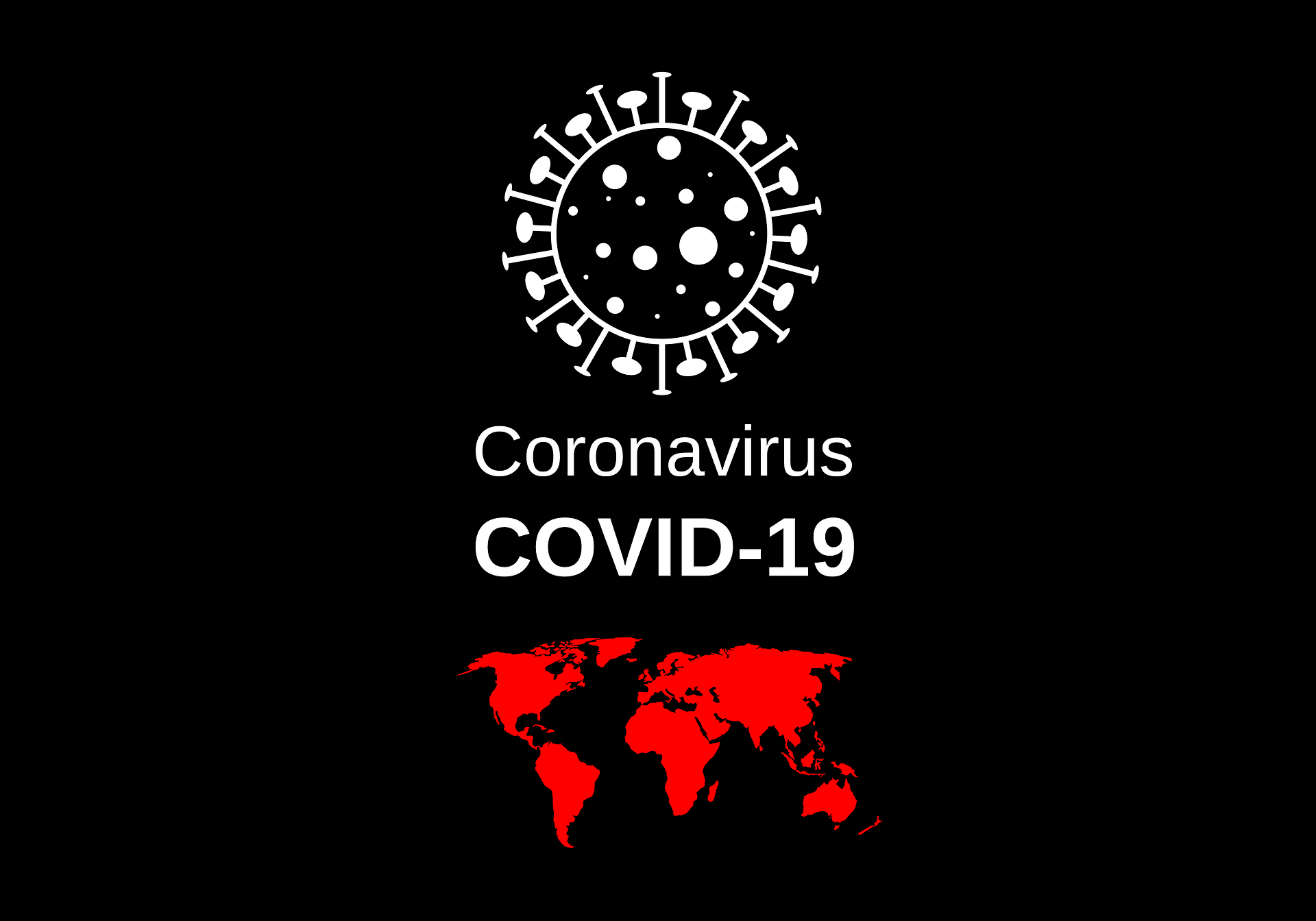 COVID-19 epidemiology marks this novel coronavirus as part of a family of viruses that can cause diseases in various species of animals but mainly on mammals and birds. Symptoms vary for each species. For example, in chickens and birds, they can cause upper respiratory tract diseases while in cows and pigs they can cause diarrhea. In humans, they can result in common colds to severe or fatal respiratory infections that can cause pneumonia, kidney failure, and even death. Animal coronaviruses rarely infect people and when they do the result can be lethal as our immune system is not prepared for this type of virus.

The name ‘coronaviruses’ comes from the Latin root word corona which means wreath or crown. The name is derived from their crown-like appearance in electron micrographs. They are essentially enveloped non-segmented positive-sense RNA belonging to the family Coronaviridae(subfamily Orthocoronavirinae), order Nidovirales, and realm Roboviria. These viruses have the largest known viral RNA genomes with a length of 27 to 32kb. It also includes four other genuses namely Alphacoronavirus, Betacoronavirus, Deltacoronoavrius, and Gamma Coronavirus.

The novel coronavirus disease discovered in December 2019 at the city of Wuhan in the Hubei province is named coronavirus disease 2019 abbreviated as COVID-19. The virus that causes the disease is called SARS-CoV-2 and scientists argue that the virus originates in bats. The SARS-CoV-2 is a type of beta coronaviruses like the SARS-CoV and MERS-CoV. All these three coronaviruses have bats as their origin and were simply transmitted by another carrier animal. Coronaviruses are known to be zoonotic which means they are primarily transmitted from animals to humans. The SARS-CoV was transmitted from civet cats to humans while the MERS-CoV were from dromedary camels to humans. The earliest coronavirus was discovered in the 1960s from chickens who then passed it onto humans.

However, since no bats were sold at the seafood market in Wuhan, researchers suggest the virus came from an intermediate animal (primary suspect was the pangolin but this wasn’t confirmed either). This isn’t the first time the world has experienced a coronavirus outbreak. Back in 2003 SARS coronavirus resulted in 1000 deaths and MERS in 2012 killed 862 people.

Epidemiology and Pathogenesis of Coronavirus Disease

The coronavirus is currently one of the major viruses that have a severe effect on the human respiratory system. Both the previous coronavirus outbreaks SARS (2002) and MERS (2012) became a great public threat. SARS quickly spread from China to almost two dozen countries in North America, South America, Europe, and Asia before it was controlled. The MERS virus which spread across several countries in the Middle East, Africa and South Asia killed 35% of people infected.

COVID-19 caused by SARS-CoV2 virus is currently spreading all over the world and on its way to becoming a pandemic. This potentially fatal disease is becoming a serious global public health concern as time progresses.

On January 30, 2020, during the second meeting of the International Health Regulations (2005) Emergency Committee, the committee agreed that the COVID-19 outbreak now meets the criteria for the Public Health Emergency of International Concern. Human coronavirus infections before 2019 were mostly mild. Both the severe acute respiratory syndrome SARS-CoV and Middle East Respiratory Syndrome MERS-CoV have more than 10,000 cases with mortality rates of 10% for SARS and 37% for MERS. Fast-forward today, SARS-CoV2 already led to more than 1000,000 cases and 3600 deaths as of March 8, 2020.

First documented in December 2019, patients who suffered pneumonia of unknown etiology were all linked to a wet animal market in Wuhan, Hubei Province, China. The first person who died from the Virus was a 61-year-old man who was a regular shopper at the Huanan wet market. This market was then shut down since January 1 as Wuhan authorities also banned the trade of live animals at all wet markets in Wuhan. Transmission quickly paced in China and around the world. Here is a summary of the events up till March 8.

COVID-19 infections mostly appear around 5.2 days after incubation. The period of onset of COVID-19 symptoms ranges from 6 to 41 days with a median of 14 days. This is dependent on the age of the patient and the status of his immune system.

The most common symptoms of COVID-19 include fever, cough, sore throat, shortness of breath, and fatigue while other symptoms include headache, diarrhea, lymphopenia, and dyspnea. The symptoms usually appear 2-14 days after exposure.

Based on the first 435 cases reported in the center of the outbreak in Wuhan, Hubei, the median age of patients infected with Sars Cov-2 virus was 59 years old. More than half of the patients are male and there are no cases for children younger than 15 years of age. The current fatality rate is at 2% but many experts believe it could be much lower due to the lack of testing kits and unreported mild cases which means more people may have the infection but aren’t added in the official count.

Patients infected with COVID-19 showed abnormal respiratory findings, high leukocyte numbers, and increased levels of plasma pro-inflammatory cytokines. It also led to damage and infection in the lungs and excessive immune response which causes pneumonia. These symptoms are found similar to patients infected with the previous SARS-CoV and MERS CoV.

Based on the current data, the occurrence and development of the virus in the body depends on the individual’s immune system. The immune system can also be affected by factors such as age, gender, nutritional status, and physical status.

Currently, there are no vaccines or anti-viral treatments officially approved for the management of the COVID-19. There is news about anti-retroviral drugs such as Ritonavir and Lopinavir being effective for the treatment of the virus. Supportive treatment for the virus includes oxygen therapy and conservation fluid management. The use of broad-spectrum antibiotics to manage bacterial infection is also regarded as an effective management approach.

Estimation of the Risk of Transmission

As of March 5, 2020, the novel coronavirus has since spread to 87 countries in the world. Large and densely populated areas are given much priority due to their vulnerability and large health risk. Researchers also believe that if COVID-19 spreads in low-income countries, containment may not be possible and mitigation strategies such as closing down of schools, places of worship, and public areas will most likely be needed to avoid further transmissions.

The reproduction number of COVID-19 varies from one location to another mostly due to the variations of control strategies, case reporting, and dynamics of transmissions. However, understanding the time the infected patients can transmit the virus is critical to control efforts.

Respiratory viruses like the Sars-CoV-2 spread similar to rhinoviruses. The virus is primarily transmitted through person-to-person contact or large aerosol droplets. Much like the flu, the coronavirus can infect the patient when he coughs or sneezes. It can be transmitted through close contact and from touching surfaces and objects with droplets from an infected person.

Reinfection is also common and can be due to a person’s weak immunity. China reported cases of reinfection among recovered patients. Data reveals that individuals with pre-existing medical conditions are more vulnerable to the virus. Therefore, they are encouraged to avoid gatherings and crowds as much as possible. They should move away from cities and into rural areas. They are advised to use masks whenever they travel by bus, train, or plane.

One important strategy for controlling the infection is travel restriction. This is implemented on January 23 in the center of the coronavirus outbreak in Wuhan, China. Residents in Wuhan were also convinced to stay home and avoid contact as much as possible. International flight bans from China are also implemented by other countries. WHO advised against banning flights as this will not stop the spread of the virus. It will also create delays and restrictions towards providing help to countries with outbreaks.

In order to reduce transmissions, it is very important that special attention is given to those with positive cases. It is crucial that local public health needs to act swiftly as soon as an outbreak emerges in one location. Officials should test people with symptoms, isolate the sick, and take extra measures to stop further transmissions (Ex. close down schools, public activities, and shows). Patients who have symptoms but have not yet been tested positive are recommended to isolate themselves at home or at the hospital.

As worldwide cases of COVID-19 continue to increase all over the world and in the United States, the widespread uncontrollable local transmission will most likely occur in populated cities and areas. This will greatly affect the economy and public life. Schools may close for weeks even months and workplaces may experience absenteeism. The widespread transmission will also mean that hospitals and public healthcare may be overloaded. With no vaccine to treat the severely ill, the death toll will continue to rise.

Most people who are infected with COVID-19 recover in a span of a few days while others may need extra care and hospitalization. It can also be lethal especially to those with poor immune systems. Outbreaks will likely occur in cities, care facilities, and communities with older populations.

As of now, scientists can’t say exactly the fatality rate of the coronavirus but it appears to be higher than seasonal flu. Based on the data from China and other countries with massive outbreaks, it’s most likely around 2%-5%. It also varies by location and is dependent on the person’s age, health conditions, and other factors. Scientists also estimate that the death rate may be lower as not all cases reported. Some people who are mildly sick will not even visit the doctor. Data also shows that COVID-19 is most dangerous to elderly patients with pre-existing health conditions. 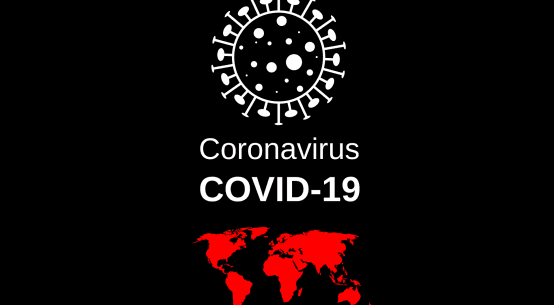 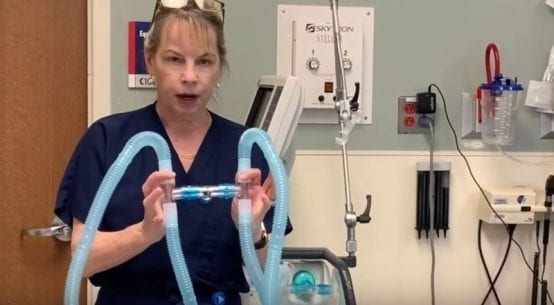