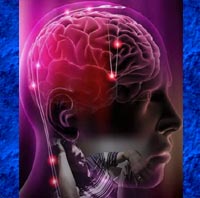 Which antidepressants are we concerned with?

All approved antidepressant agents have had case reports or warnings from their manufacturers of such reactions occurring in response to either abrupt discontinuation or medication tapering. [SSRIs, TCAs, MAOIs, atypical agents].

Symptoms depend on the class of antidepressant used.

hyperarousal: a state of increased psychological and physiological tension. Example of a common sensory disturbance: electric shock sensations. Become familiar with the constellation of symptoms.

Onset: Discontinuation symptoms typically appear within three days, but in some cases may appear within hours of the first missed dose. Symptoms can also occur when initiating a medication taper.

Course: Untreated symptoms are usually mild and resolve spontaneously in one to three weeks. In rare but more serious cases involving psychosis, catatonia, or severe cognitive impairment, immediate psychiatric consultation may be required. (Note: symptoms are rapidly extinguished with reinstitution of antidepressant medication.)

Educating patients about discontinuation symptoms can help prevent them from abruptly stopping antidepressants and may help reduce anxiety should adverse discontinuation effects occur.

If you suddenly stop taking your antidepressant medicine, you may feel like you have the flu. You also might have trouble sleeping, have an upset stomach, have shock-like sensations in the arms and hands, feel dizzy, or feel nervous. This is called antidepressant discontinuation syndrome. It is not dangerous or life threatening and usually goes away within one week.

Which antidepressants can cause this problem?

You are more likely to have a problem if you stop taking some brands, like paroxetine (brand: Paxil) and sertraline (brand: Zoloft), but you can get symptoms from stopping any antidepressant medicine.

What can I do if I have antidepressant discontinuation syndrome?

How do I keep this from happening again? Take your medicine exactly like your doctor tells you to. If you want to stop taking your medicine, talk to your doctor first. Not being able to stop all at once does not mean that you are addicted to your medicine.

Switching from SSRI to TCA

Switching from SSRI to venlafaxine or duloxetine

Switching from Venlafaxine or duloxetine to antidepressants other than MAOIs

Switching between venlafaxine and duloxetine

Switching to or from mirtazapine

Switching to Bupropion or from antidepressants other than MAOIs

Switching to or from MAOIs

National Institutes of Health, U.S. National Library of Medicine, DailyMed Database.
Provides access to the latest drug monographs submitted to the Food and Drug Administration (FDA). Please review the latest applicable package insert for additional information and possible updates.  A local search option of this data can be found here.