Skip to content
You are here
Home > Blog > General Topics > What Do You Need to Know About Over-The-Counter Medicines?

This article is tailored for patients. Refer your patients to this article for them to learn more about their condition.

What Do You Need to Know About Over-The-Counter Medicines? 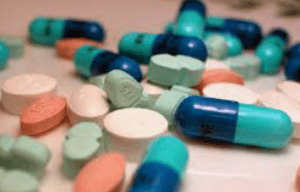 Over-the-counter (OTC) medicines are medications you can buy directly without a prescription. They treat various common health problems such as pain, attempts to stop hyperhidrosis, allergies, nausea, cold and flu, and constipation.  However, safely using these drugs requires some knowledge and a sense of responsibility. This article explains everything one needs to know about OTC medicines.

The History of OTC Drugs

Before the Food and Drug Administration (FDA) existed, almost anything could be sold over the counter. Some OTC products contained drugs like cocaine, opium, and alcohol. Fast forward to 1938, FDA was in the picture, and it had the authority to issue regulations. However, the guidelines on which drugs could be sold through prescription only and which ones could be sold over the counter were still vague. In 1952, the FD&C Act was amended and defined prescription drugs as compounds that could be habit-forming, unsafe, or toxic except under a doctor’s supervision. Anything else was approved to be sold over the counter as long as it was effective and safe. That raises the concern of how to gauge effectiveness and safety, posing the risk of unwanted side effects.

While OTC medicines are generally considered safe, some contain active ingredients that make them more likely to be abused. Another factor that drives OTC drug abuse is the fact that there is no age requirement or limit on how much one can buy. They are also widely available and pretty inexpensive. According to the
Substance Abuse and Mental Health Services Administration, about 3.1 million people used OTC cold and cough medicines to get high. Notably, most people abusing OTC medicines are teenagers and young adults. People who have abused OTC drugs might show signs like:
● Memory lapses
● Empty medicine bottles in the trash
● Mood swings
● Changes in appetite and sleeping patterns

Any use of medication that is used outside of medical recommendations is considered abuse. Here are some types of OTC medicines that are commonly abused.

Most people abuse laxatives in the hope that they can keep the unwanted weight away. They are commonly abused by people with eating disorders like anorexia. But the truth is that laxatives don’t cause weight loss since they don’t act on small intestines where absorption occurs. Some of the side effects associated with abuse of laxatives include severe dehydration and an irregular heartbeat due to electrolyte imbalance in the body.

Decongestants can contain pseudoephedrine and are meant to relieve colds and allergies. However, if used in high doses, pseudoephedrine can produce feelings of euphoria and a surge in energy levels. Side effects include hallucinations and seizures, and a faster heartbeat.

Cough medicines may have dextromethorphan as an active ingredient. They come in the form of pills, cough syrups, and gel capsules. Just like decongestants, people abuse cough medicines to get the feeling of euphoria. Improper use can lead to dangerous side effects like hallucinations and a sense of separation from the body or surroundings. It can also impair one’s motor function, cause blurred vision, spike blood pressure and heartbeat, and cause nausea.

Pain relievers like Tylenol are also commonly abused OTC medicines. They often have acetaminophen or ibuprofen as the active ingredient and are widely used for pains like a headache or sprain. Ideally, they reduce high body temperature and raise the pain threshold. Used in high quantities, they give one the feeling of calmness and relaxation. However, they can lead to side effects such as low oxygen levels and permanent brain damage.

How to Safely Use Over-The-Counter Medications

As we’ve seen, wrongful use of OTC medications can lead to challenges like addiction and other long-term health implications. That’s why it’s essential to exercise extreme caution when taking them. The most important thing to do when buying OTC medications is to read the label. It contains information that will help you decide if that’s the right drug for your symptoms. The label also has dosing instructions and any warnings that you might need to know about. For instance, some medications are not safe for use when you are pregnant. The next thing you need to do is stick to the indicated dosage. That’s why it’s advisable to use the dosing device that comes with the medicine, as opposed to grabbing the nearest kitchen spoon.

It would be best to see a healthcare provider if you notice that there is no improvement in your symptoms or they are getting worse. It’s worth noting that some prescription medicines contain the same active ingredients as OTC drugs. Therefore, you should be cautious when taking more than one medicine at a time to avoid the risk of an overdose. If in doubt, always reach out to a pharmacist or healthcare provider for advice. Finally, ensure that you store the medicines properly. If possible, keep them in their original containers.

5 Reasons Why Screening For Skin Cancer Is Important

How to Sleep When You Are Not Tired